These are the Most Common Causes for Hair Loss in Women 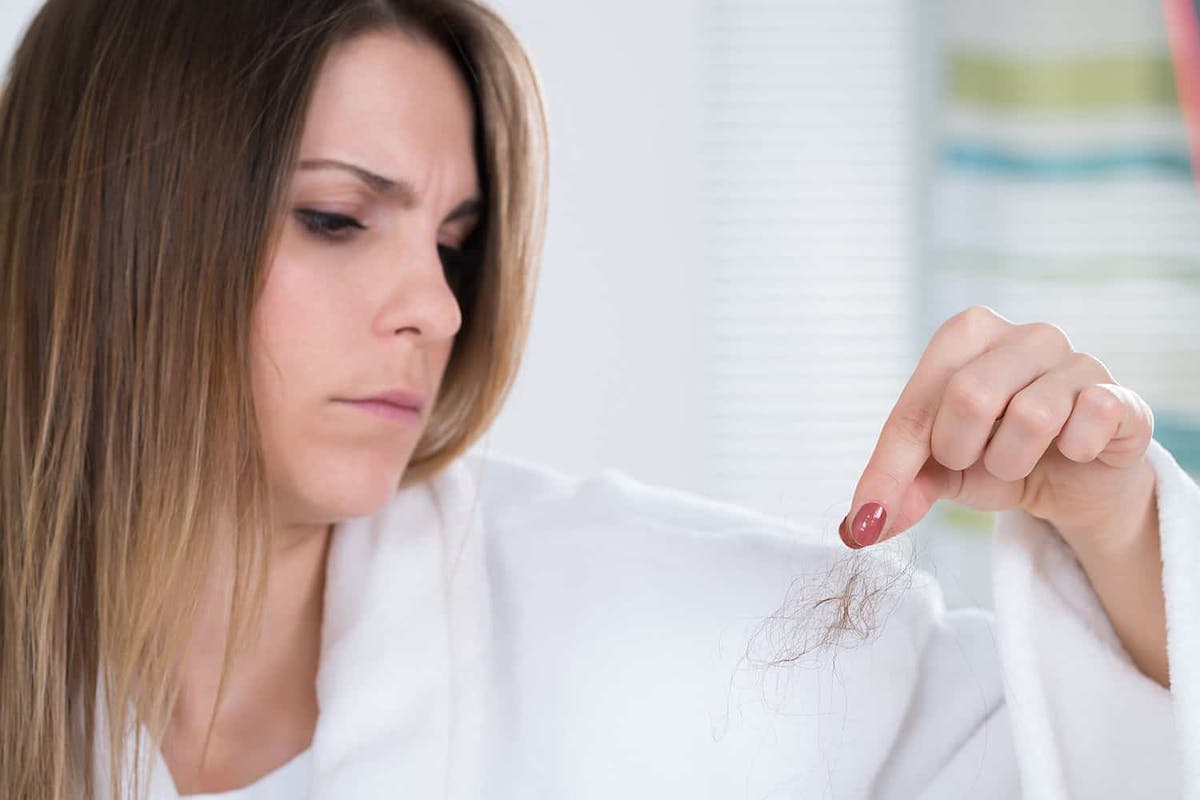 Losing hair as a woman is not a great feeling, but hair loss in women is quite common. According to the American Academy of Dermatology, 40 percent of women experience visible hair loss by the time they reach 40. Luckily there are many ways to tackle this condition.

How Does Hair Growth Work

The hair growth cycle has four stages. The first one, anagen, is when the hair grows from the hair follicle. The pace is about half an inch every 28 days. How long this phase last is individual. It can be disrupted due to stress, hormonal imbalance, diseases or other factors.

Stage two, catagen, is when the hair follicles detach from blood vessels in the scalp so that blood supply is cut off. The hair stops growing. The third phase is called telogen. This normally lasts for about three months – this is the resting phase, before the cycle starts over again. The fourth and final phase, exogen, is really just a resting phase as well. This is the time when dead hair falls out. Normal shedding is approximately 50 – 100 hairs every day. However, in healthy people, new hair starts growing at the same time.

The Common Causes for Hair Loss in Women

This is also called pattern baldness and is most commonly found in men. Initially, doctors believed this pattern hair loss to be caused by excessive male hormone, testosterone, in a patient. Women normally have some amounts of this hormone as well. But in later years it was discovered that dihydrotestosterone, DHT, is the real culprit. Testosterone converts into DHT when bound by the enzyme 5-alpha reductase. This is naturally produced in the body, but it is believed that people that suffer from pattern baldness have a heightened sensitivity to it. Their bodies create more DHT, which in turn kills the hair follicles. There can also be a hormonal imbalance that triggers a reaction to an increased level of DHT.

The hair growth cycle can be disrupted by major life events that cause stress in the body, surgery, giving birth, having some kind of accident or going through a divorce. In this case, all the hairs that are in the growing or resting phases will shift at the same time to shedding phase. Normally it takes about three months after a particularly stressful event until the hair shedding shows. For some women, this can be a lasting condition that comes and goes. But for most, it is a temporary thing that will most likely solve itself if you solve the underlying situation that caused your stress or trauma.

If something happens to the hair follicle that disrupts its mitotic or metabolic activity, it will stop growing hairs. This typically happens after chemotherapy during cancer treatment. Since chemo targets cancer cells in the body that divide rapidly, all other rapidly dividing cells are also affected. In hair cells, this will narrow the hair shaft until it breaks off. Most people lose hair during chemo, but there is a new treatment that is up and coming in the United States. Cold cap chemotherapy could be effective in treating hair loss in women that go through chemotherapy without medicine or surgery. The treatment consists of a cold cap with a cooling liquid that is placed on the patient’s head during the chemo session. Cooling down the scalp will constrict blood vessels and slow the blood flow. That means the metabolism of hair follicle cells will also slow down, and the effects of the radiation on the hair cells will be reduced.

Most of these types of hair loss and thinning in women can be helped by reducing stress and leading a healthy lifestyle overall. Diet plays a big part in our hair’s health. For the times when we are too busy to get to that workout or make a homemade salad for dinner, a natural hair supplement can be a good complement. Nutrafol contains only naturally derived ingredients that work synergistically to make your hair healthy from the inside out.