Talking Hair After 40 With The Hosts Of ‘Everything Is Fine’ 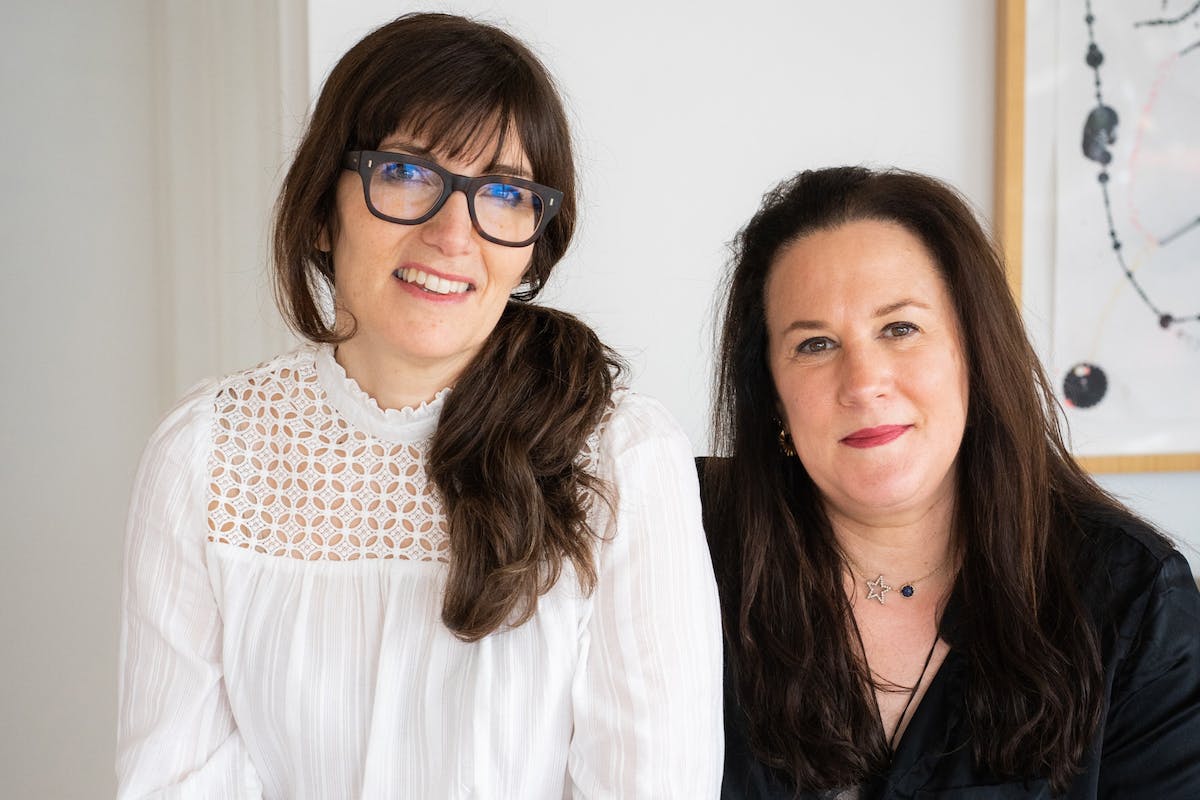 As part of an ongoing effort to raise the conversation around women’s hair thinning and empower women to take charge of their hair health, we’re talking to women in the spotlight about all things hair. This week, we got the always honest and often hilarious perspectives of Kim France and Tally Abecassis, hosts of the podcast “Everything Is Fine.”

Contrary to the majority of what we see on Instagram, magazine covers, and Hollywood red carpets, women over 40 do actually exist.

And they don’t just play the mom character or grace the covers of Vogue’s “age issue.” They’re running companies. They’re looking for love on Bumble. They’re mentoring the next generation of women leaders. They’re handing you your ass on the Peloton leaderboard. And they’re doing it all while crossing major life passages like menopause and “embracing the gray.”

Here to give them the relatable touchstone they deserve — and that’s so sorely missing from the media landscape — are editor Kim France and documentary filmmaker Tally Abecassis, hosts of the “Everything is Fine” podcast. “We started the podcast because we wanted an honest, unflinching forum to talk about all that being over 40 is about — the good, the bad, and the ugly,” says France, the founding editor of Lucky magazine and creator of the blog “Girls of a Certain Age.”

The duo hold nothing back on episodes like “Menopause Doesn’t Have to Suck,” “The Power of Being Pissed Off,” and, our personal favorite, “Going Gray is a Power Move.” Especially while we’re spending more time at home, “Everything Is Fine” is the unfiltered, insightful conversation we’ve been missing.

Below, we talk to Kim and Tally about the evolution of their hair — from embracing their natural texture to the emotional effects of hair thinning to the powerful feeling of taking control.

How would you describe your relationship to your hair?

KIM FRANCE: I’ve always been convinced I have “bad” hair — frizzy and coarse. I grew up in Texas, where humidity is very high, and had to learn that certain trendy haircuts were just not going to work for me. So I’d call my relationship to my hair adversarial.

TALLY ABECASSIS: I have had a love-hate relationship with my hair my whole life. It’s very curly and, of course, I always wanted it to be straight. I spent years trying to bend it to my will, but now that it’s grown long it’s less curly and I like it better.

Have you ever dealt with hair thinning?

KIM: Yes, my hair thinned quite severely in my late thirties. It made me feel awful. I took control by going to a doctor to make sure it wasn’t caused by anything more serious, took biotin, tried every possible fix. In the end, I got extensions.

TALLY: Not yet, but I expect to as my mom had thin hair, which got thinner as she got older. 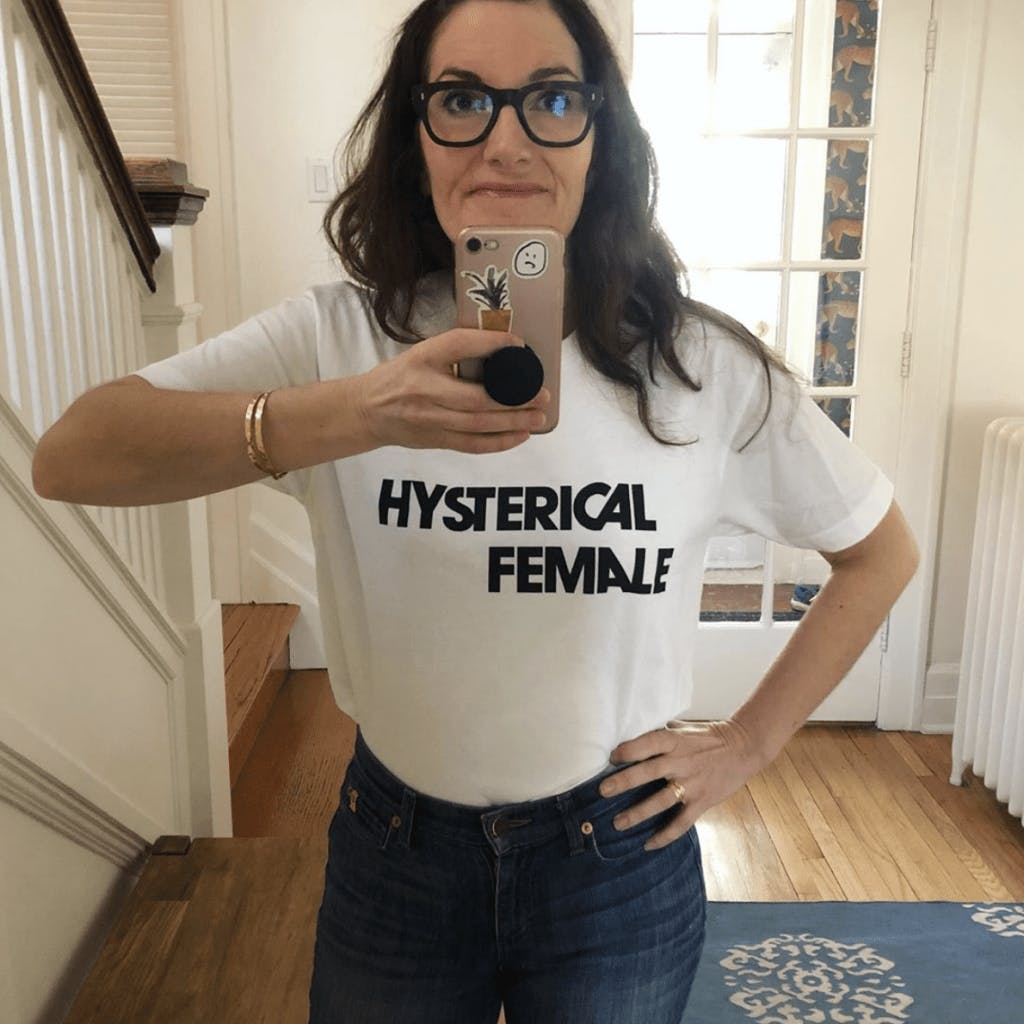 EIF co-host Tally Abecassis describes this shirt as a "big mood," and we agree.

A woman is taught from a young age that hair is her crowning glory. When it starts to thin, it can be upsetting and identity-shaking. Like menopause, it's something women don't tend to discuss with their daughters, which is where the taboo comes from, I think.—Kim France

Why do you think women focus on hiding hair thinning with extensions and hair powders rather than addressing the root causes from within?

KIM: Because it’s easier. I think it’s really that simple. And because we’re convinced that nothing else will work.

You have a great episode on menopause, which is a time when hair thinning is extremely common. What is your advice to women who are dealing with changes in their hair during, well, “the change”?

KIM: There are few things as demoralizing as having your hair thin. Do what you can to make sure your hair is getting the nutrients it needs — Nutrafol is an excellent choice here — and rethink your haircut. Long hair is pretty, but not so flattering when it’s thin.

Why do you think women’s hair thinning is a taboo topic when so many women (30 million in the U.S. alone) go through it?

KIM: A woman is taught from a young age that hair is her crowning glory. When it starts to thin, it can be upsetting and identity-shaking. Like menopause, it’s something women don’t tend to discuss with their daughters, which is where the taboo comes from, I think.

TALLY: There are taboos around so many topics related to women’s bodies — menstruation, menopause, even fertility and body hair. It feels like the patriarchy at work. 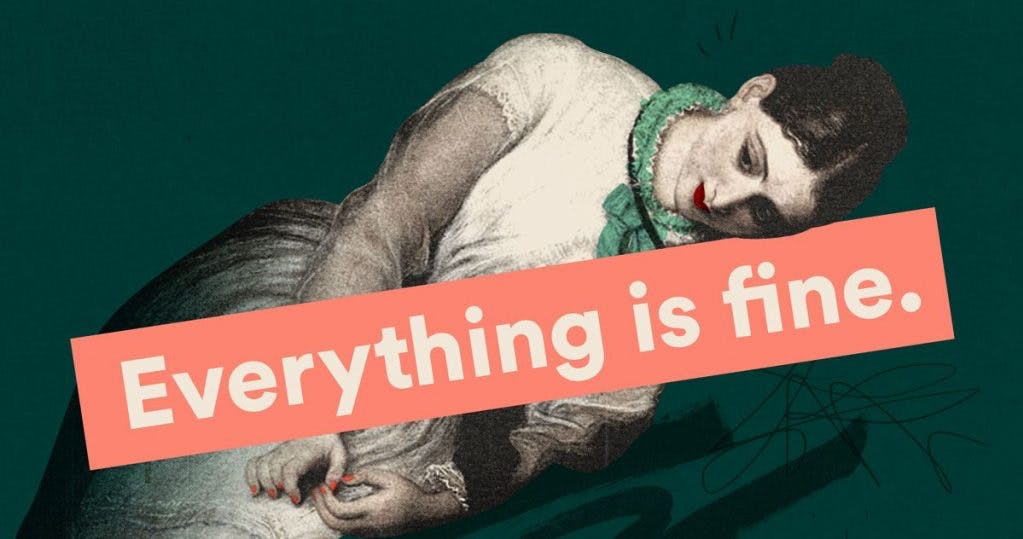 EIF is described as: "A podcast for women over 40. All the stuff nobody talks about."

What are some changes you’d like to see the media and society make to break the stigma around women’s hair thinning?

TALLY: It’s tiring to feel that women are constantly being shamed about what happens with our bodies, so we would love to see an open conversation about it.

How has your hair care routine evolved since your twenties and thirties?

TALLY: I used to use a flat-iron on my whole head pretty regularly. Now I just use it to make sure my bangs stay flat. Also, I used to think that every time I went for a haircut, I had to change styles. Now I know what looks good on me.

KIM: It’s more involved and I spend more money on it!

What hair care rituals do you enjoy as forms of self-care?

KIM: I have a Dyson blow-dryer, which was a crazy splurge, but it dries my hair in half the time and almost makes blow-drying fun!

TALLY: I love getting a haircut because I just love the shampoo part of the process. It’s the ultimate relaxation to have that deep scalp massage.

What’s one piece of hair advice you want to share with every woman?

KIM: Your hair is not your identity.

TALLY: The grass isn’t always greener. We all think everyone else’s hair is better and that’s just not true.