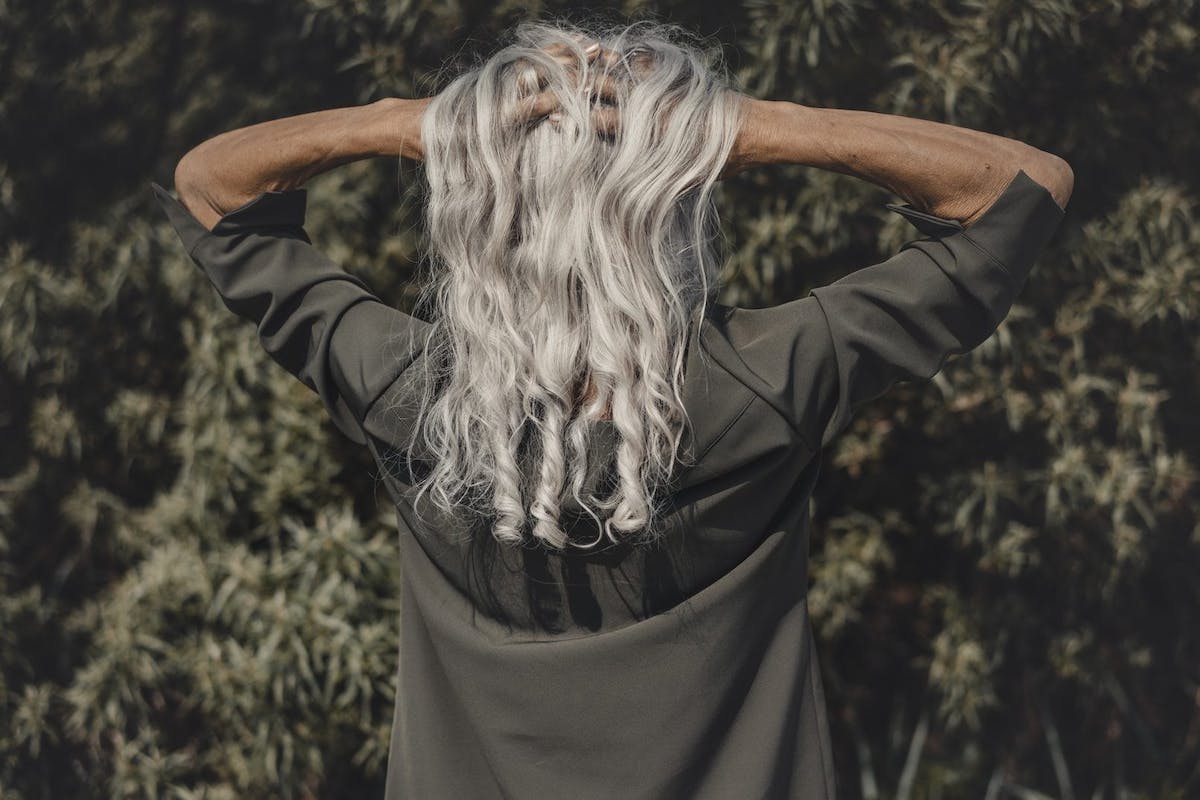 As part of an ongoing effort to raise the conversation around women’s hair thinning and empower women to take charge of their hair health, our team of experts and physician partners are sharing their knowledge to arm women with the facts. This week, we’re exploring male pattern hair loss among women — and why it has nothing to do with femininity.

As a woman, it can be confusing to be told you have “male pattern hair loss.”

The first thing you should know about this diagnosis is that it has absolutely zero to do with femininity. So if you’re feeling ashamed or less than — show those feelings the door.

It would actually be more appropriate to call male pattern hair loss “androgenic hair loss,” because this pattern could depend on a man or woman’s higher production or sensitivity to a form of testosterone called dihydrotestosterone (DHT), which is a hormone classified as an androgen.

While androgens do play a role in female pattern hair loss, this pattern has also been observed in individuals who have either a total lack of sensitivity to androgens or no androgens circulating at all. And you can’t blame something that isn’t there, right? While the exact causes of female pattern hair loss have yet to be confirmed, research suspects a decrease in hair growth-promoting levels of hormones like estrogen are involved, which may explain this pattern’s increased prevalence following menopause.

Why there’s nothing “un-feminine” about male pattern hair loss

Androgen hormones like testosterone are commonly referred to as “male” hormones, but this is reductive of the very normal presence they play in every woman’s biology. We commonly forget this, as well as the fact that “female” hormones such as estrogens, progesterones, LH and FSH are important for men, too.

Androgens are essential for mediating or directly influencing physiological actions of the body and contributing to women’s cardiovascular, sexual, cognitive, and musculoskeletal health. Since testosterone plays such a normal, significant role in a woman’s daily life, there’s nothing un-feminine about a dysfunction relating to this hormone having an impact on your hair. The label has nothing to do with your femininity. It’s just an imprecise term coined to demonstrate the type of hormone to blame for where your particular hair loss is arising from.

While the term male pattern hair loss may give the illusion of being gender-specific, it’s not in the least. It’s simply an ill-defined name for a condition that occurs more commonly in men. If you’re a woman labeled with this pattern, know that your association simply comes from what your pattern of hair loss looks like.

The power to take control

As human beings, our hormone levels may vary, but we all share the same ones. Having androgen-associated hair loss has nothing to do with your femininity. It simply means you may need a different treatment approach to address your root cause than a woman dealing with female pattern hair loss. Either way, you have the power to take control and support your hair with the vital nutrients it needs to grow.